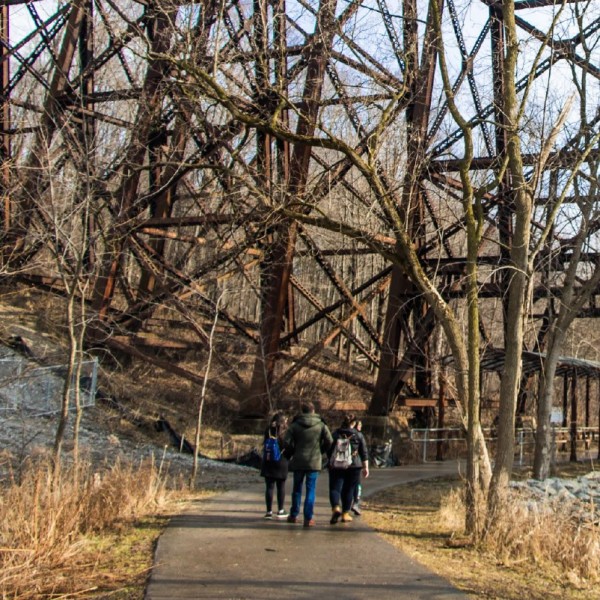 Coinciding with the release of the Ravine Strategy from the City of Toronto, this studio follows draft objectives 10 and 12, which seek to build connections between the city and the ravines. For this studio, connections are considered in both the physical, and visual sense, as collective benefits to human, and non-human residents of the city must be balanced. The ravines offer important ecological services to the city and region, existing as quasi urban-wild spaces. The significance of the ravines in the hydrological system is recognized as a limiting factor to development due to the risk of flash flooding. This studio then seeks to develop connections while recognizing the complexity of interests, challenges, and opportunities involved. Significant attention is paid to positioning the ravines in the cultural identity of the city, with aims to grow social appreciation for their complexity and uniqueness. If this can be made legible and visible, they can be valued, and loved.

In order to assess the usage and latent demand for the ravines, the team has developed a regression model based on GIS data and orthophotos. This model allows researchers to quantifiably predict where connectivity can be improved, and the extent to which a new path will affect use. In the second phase of the project, the team takes a closer look at the neighbourhoods around the upper sections of Black Creek near Keele and Finch. Nine connectivity recommendations are explored that touch on important factors under a systems based approach. This process and a number of the recommendations are presented on display panels for public use. Finally, a report is developed that explains the establishment of themes, mapping methods, and all nine recommendations in greater detail.